Slamboree are the ultimate festival party band, comprised of a whirlwind of exceptional musicians and engaging performers, they are guaranteed to grab your attention. 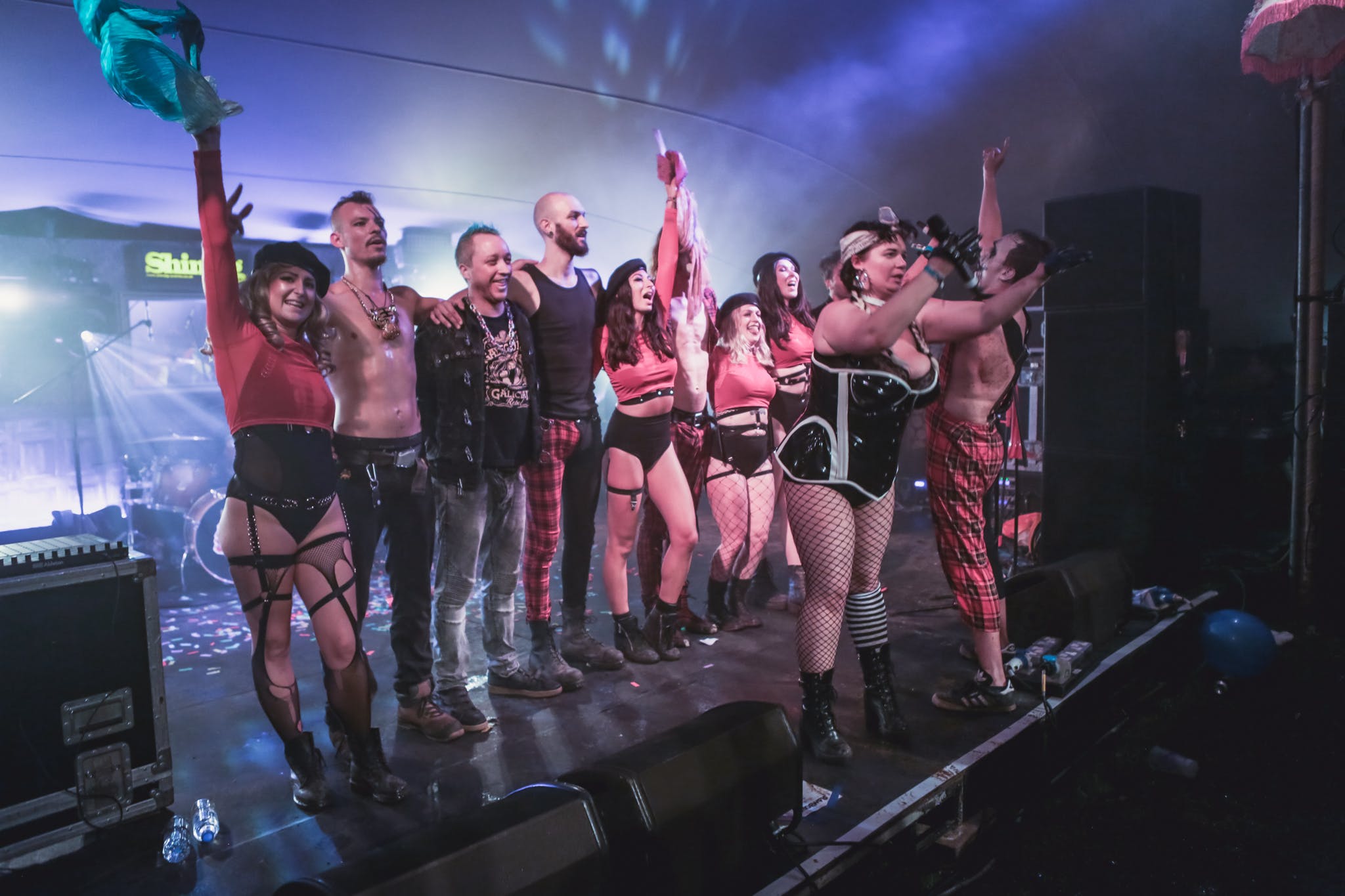 Slamboree are the ultimate festival party band, comprised of a whirlwind of exceptional musicians and engaging performers, they are guaranteed to grab your attention.

The idea first came about when Morecambe born multi award winning musician Mike Freear set about​ reproducing the musical ideas that had been ricocheting off the inside of his brain by bringing ​them​ to life on stage for audiences​ as delightfully twisted as himself.

Whilst fervently writing and producing music,​ he surrounded himself​ with a collective of friends that provided inspiration and echoed​ his ideas of weaving together live electronic music and theatrical performance. The result was bringing a music video to life on stage and fueling each show with raw talent and audience energy became a signature of Slamboree performances.

The electric stage shows resonated with audiences ​and word quickly spread around the world which saw Slamboree appearing at festivals and events across Australia, the Americas, Europe and all four corners of the UK.

Slamboree became fronted by​ vocal powerhouse and linguistic snake charmer Kathika Rabbit and not long after, ​the stage show grew larger, ​guided by the tantalising visuals of theatrical ​and artistic director Lizzie West.

Slamboree has now grown into a world wide phenomenon, honing the band’s distinctive collective consciousness that shapes their sound, performance and everything in between.

Their debut album ‘The Long Game’, self released on Slam Inc. has received plaudits
It takes a journey through electronic music with styles ranging from drum n’ bass, hip hop, house, glitch, electro-swing and techno via the wider genres of soul, reggae, Balkan, punk and rock n’ roll.

With a second album in the making, 2022 is set to be another wild and wonderful year for the Slamboree gang.