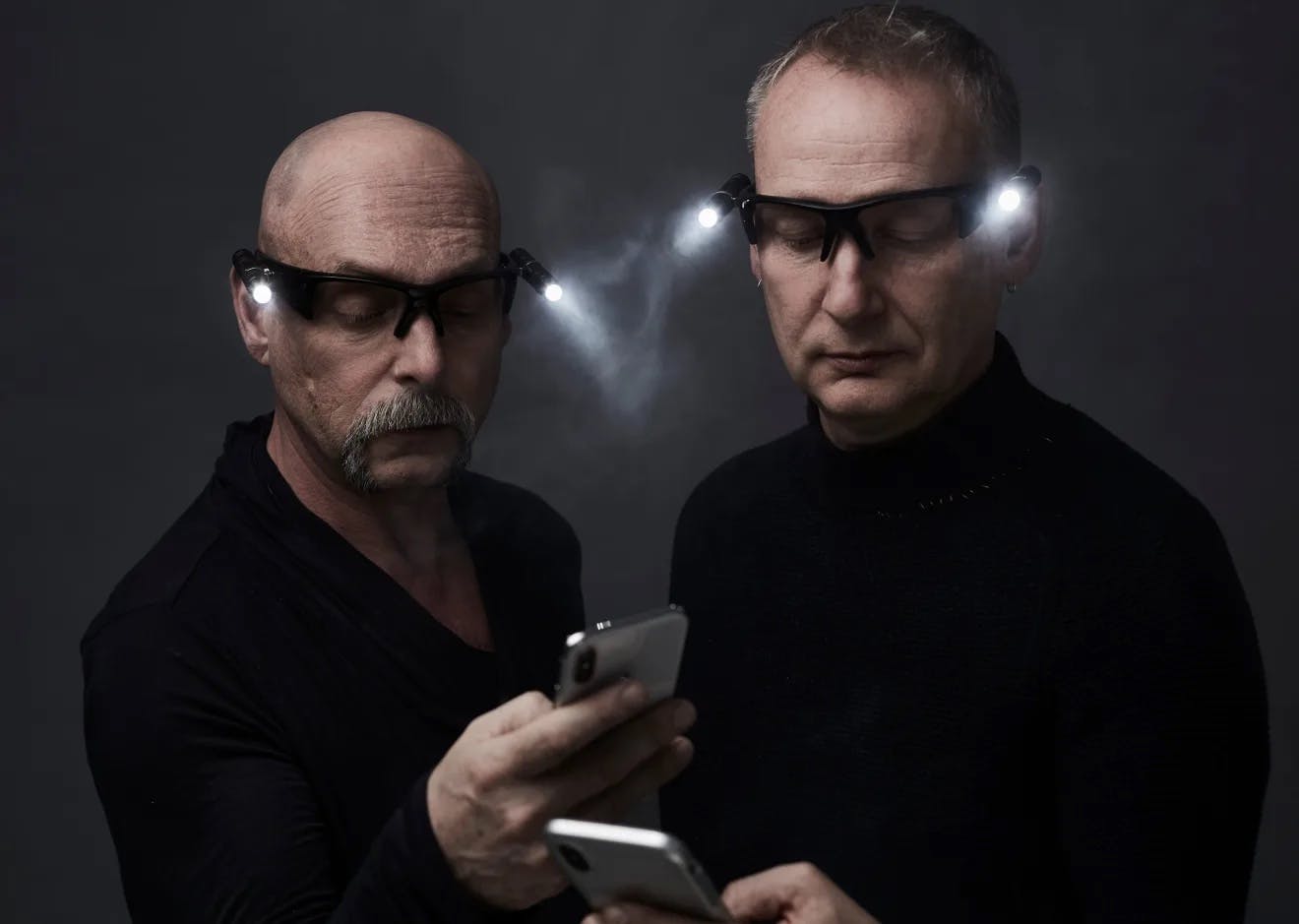 Brothers Phil and Paul Hartnoll form the incredible electronic duo that is Orbital, hailing from Otford, Kent, the band’s name is taken from the M25 aka ‘London’s Orbital Motorway’ which was central to UK’s early rave scene during the early days of acid house (which these guys know a lot about!).

How it all started

Back in 1989, the brothers recorded “Chime” on their fathers 4 track tape deck, releasing on Zone records in December 1989 and re-released on Pete Tong’s FFRR Records. The track received many plaudits, becoming a rave anthem, reaching 17 in the UK charts, earning them an appearance on Top of the Pops, not bad for a track recorded in what Paul Hartnoll said was a “ knocked-through stair cupboard that my dad set up as a home office”.

1994 was a great year, an NME award for Vibes Best Dance Act, followed by a headline appearance at Glastonbury festival. With Q magazine classing it as one of the top 50 gigs of all time.

After recording 5 albums, playing pretty much every festival there is, then throw in a few breakups and makeups the boys are back together in full force. We’re delighted to welcome them to Moovin Festival 22.

Our top 3 tracks (this was a tough one)

We’ve already posted Chime above, which would have certainly made this list.